This Is The Fall

Anywhere You Walk (In the face of a Jew)

Come On And Live

When You Gonna Turn Around

Recorded in 1981, the Dire Straits influenced sounds and guitars marked the last full album of narrative story songs for a while as Graham moved into the world of praise and worship songs that he has since become synonymous with.

Anywhere You Walk was re-recorded in 2010 for The Acoustic Gospels. 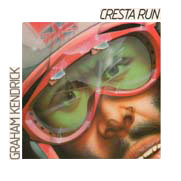 Recorded at:
ICC Studios, Eastbourne, UK
Chapel Lane Studios, Hampton Bishop, Hereford, UK
If you do not find what you are looking for please contact Make Way Music here and we will help if we can.