Out of the Ordinary


What Can I Do (with Paul Baloche)

Great Are Your Works


Only You Deserve The Praise


Your Love (with Dan Wheeler)


I Love Your Name (with Stu Garrard)


The Way Is Open


Honour The Lord (with Tre Sheppard)

Graham Kendrick keeps on pushing the boundaries, returning with one of his most remarkable recordings to date.

The album’s title - ‘Out of the Ordinary’ – hints at the direction taken by the 11 songs; awed worship of God, inspired insight into the nature of faith, fresh revelation of God’s grace, mercy and majesty. Exploding our misconceptions that limit our understanding of God, ‘Out of the Ordinary’ is one of those musical manifestos that marks a bright new dawn for contemporary worship.

Across songs such as ‘Beautiful Mystery’, ‘What Can I Do?’ ‘Creation's King’ and ‘I Love Your Name’ Graham revisits eternal themes of creation, unity and the multi-facets of God, but does so with lyrics that are corporate yet never stale, personal yet never sentimental.

The album carries on in the tradition of his previous two studio albums ‘What Grace’ and ‘Do Something Beautiful’. This time around songs have been co-written with a virtual who’s who of leading worship writers: Dan Wheeler, Stu Garrard and Paul Baloche.

The fingerprints of producer Julian Kindred (the man behind Delirious?’s ‘World Service’) can be clearly spotted across the album’s tracks. Musical arrangements are carefully crafted to back up the emotional range of Graham’s lyrics, while the man’s vocals are delivered with a degree of intensity and sensitivity never quite heard before. Complacency and safety clearly had no place in the studio: on this album Graham has never sounded so good.

Thematically ‘Out of the Ordinary’ draws deep and, according to Graham “several of the songs are story based much like 'Thorns in the Straw' or 'Peter at the Breaking of the Bread' rather than straight 'congregational' songs. The Psalms feature heavily in the lyrical content,” which is unsurprising given Graham’s recent journeys into 'PsalmSurfing'.

What’s abundantly clear is that Graham’s importance as a worship leader right now is not bound up in notions of status or influence. Even more significant than these is the example he sets: that an authentic life lived with authentic worship is a life’s pursuit. 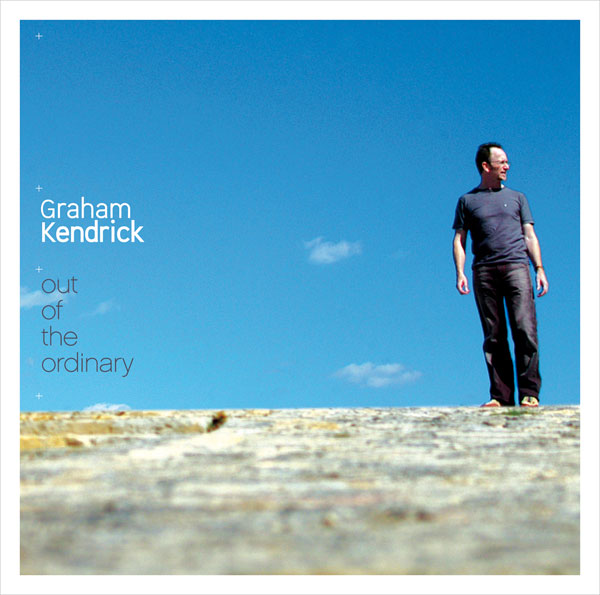 Musicians:
Dan Wheeler
Scott Williamson
James Gregory
Raul D'Oliveira
Stu Garrard
Frank Adahl
Gabrielle Blood
Paul Baloche
Tre Sheppard
Julian Kindred
If you do not find what you are looking for please contact Make Way Music here and we will help if we can.