Shine Jesus Shine (Lord, the light of your love is shining)

O Lord The Clouds Are Gathering

I Worship You O Lamb Of God

Who Can Sound The Depths Of Sorrow

Prepare The Way (Clear the road)

Jesus, He Is The Light Of The World / Raise The Shout

Creation Creed (The Lord is a mighty King)

The King Of Glory Comes (King of kings)

Lord Have Mercy On This Nation

I Will Build My Church

This classic album marks not only more than several decades of marching for Jesus, but its remarkable journey from the streets of the UK, to a ten million strong worldwide phenomenon.

'Shine Jesus Shine' was by far the best-selling UK praise and worship album of its era. Its simplicity and power remain undiminished by the years. The original recording, has come to represent a piece of history in the making and the title track has become one of the most well known hymns of modern times.

In his footnotes on the sleeve of the original cover Graham said 'Make Way for Jesus focuses on the power of prayer and repentance. Let us love and serve, pray and praise, witness and march until the light of Jesus shines in the darkness, filling this land with the Father's glory'.

Shine Jesus Shine, Such Love and O Lord the Clouds are Gathering were re-recorded in 2010 for The Very Best of Graham Kendrick. 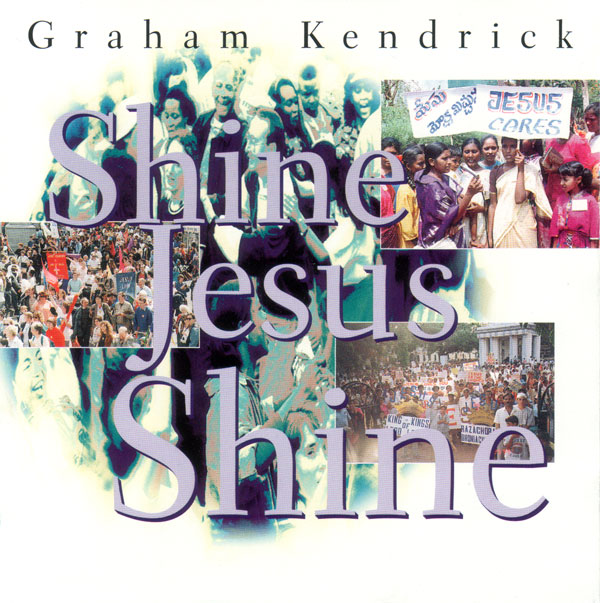 
Recorded at:
ICC Studios, Eastbourne, UK
Sedgehill School and King's Church, Catford, London, UK
If you do not find what you are looking for please contact Make Way Music here and we will help if we can.