History Makers (I want to be a history maker)

From the Sun's Rising

Go Forth In His Name (We are his children)

Join Our Hearts (Lord we come in your name)

Cross Every Border (We will cross every border)

All The Glory (My heart is full of admiration)

Christ Is King Of All Creation

Lift Up Your Heads

Heaven Is In My Heart

And He Shall Reign

All Hail The Power

Crown Him was written and recorded at a time when the phenomenon of March For Jesus was spreading beyond the shores of the British Isles.

Recorded in the U.S. with a band of world renowned musicians including Abraham Laboriel, this album - the official music for March For Jesus 1991 - inspired Crown Him - The Worship Musical which was released the following year.

The first 9 songs help unite participants and spiritually prepare hearts for public events. The second 9 are for the event itself. 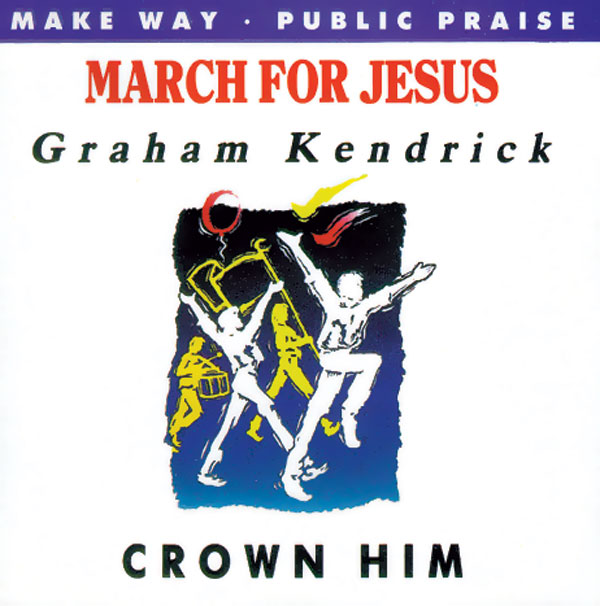 Recorded at:
A studio in Los Angeles!
If you do not find what you are looking for please contact Make Way Music here and we will help if we can.